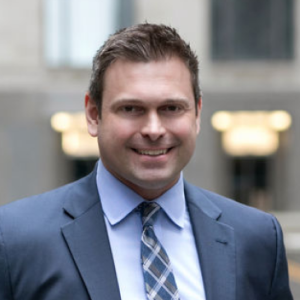 FACTS & ALLEGATIONS
In 1999, plaintiff Joanna Ciesielski, 21, a college student, was hired by a Hooters restaurant in Chicago.
Hooters restaurants feature waitresses who wear tight, revealing clothing.
Ciesielski claimed that the restaurant’s assistant managers made sexually derogatory remarks and touched her in inappropriate ways. She contended that she reported the incidents to high-level managers, but that no action was taken.
In May 2001, Ciesielski discovered a peephole that connected the waitresses’ dressing room and the employees’ break room. She reported her findings, and the hole was repaired in July 2001. She claimed that more holes appeared during the ensuing two months.
Ciesielski filed a complaint with the Equal Employment Opportunity Commission. She contended that her superiors subsequently antagonized her and subjected her to an even more hostile work environment. She contended that the treatment caused her to quit in 2002.
Ciesielski sued the restaurant, Hooters on Higgins Inc. and its parent entities: Hooters of America Inc. and Hooters Management Corp. Inc. She alleged that the restaurant’s management subjected her to a hostile work environment, in violation of Title VII of the Civil Rights Act of 1964. She also claimed that she was constructively discharged.
The restaurant contended that it repaired the peepholes immediately and that the holes were not functional because a 4-inch stud blocked the view. It also contended that Ciesielski never reported sexual harassment to management.
The defendants further claimed that Ciesielski was motivated by money. They contended that she saw an attorney within a week of discovering the first peephole and that she created the subsequent peepholes to bolster her case.

INJURIES/DAMAGES:
Ciesielski claimed that she endured years of sexual harassment and that her dressing room privacy was invaded. She also claimed that she was constructively discharged after complaining to the EEOC, she sought recovery of damages for retaliation and emotional distress. She also sought punitive damages. The defendants argued that punitive damages should not be awarded based on the actions of low-level managers. At the end of the trial, Judge Amy St. Eve dismissed the retaliation claim.

Editor’s Note: Defense Counsel did not respond to a faxed draft of this report or a phone call. -Dave Venino

Follow These Tips Before Hiring A Personal Injury Lawyer

What Cases Will a Personal Injury Lawyer Accept?

What Happens When a Personal Injury Claim Goes to Arbitration?

Can Medicare Take Money from a Personal Injury Settlement?

Did You Know These 5 Personal Injury Facts?